Anatomy of a building

I never realised there were so many types of brick.

Building the extension has taught me a lot about what actually goes into a building, and where, and why. A lot of the things you learn are like answers to questions you’d never thought about. Like, where does a foundation begin and end? How deep is it, how much of it is concrete? What goes between two layers of walls?

So here’s a quick breakdown of interesting building things: 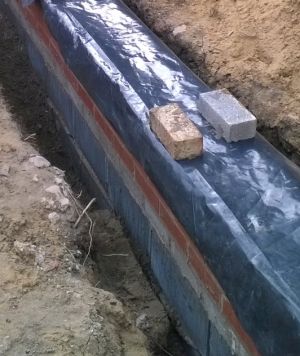 Layers of block and brick in the trench, partly backfilled - view full size 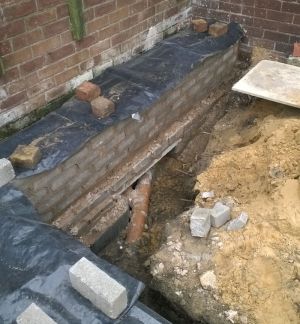 Our trench blocks are shaped around a few pipe runs from our house and from next door. Where necessary, we have used concrete lintels to bridge a gap over a pipe. Concrete commons can then be built up on top. 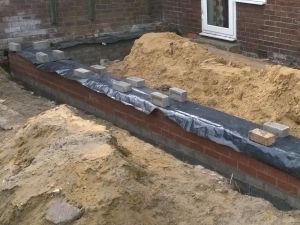