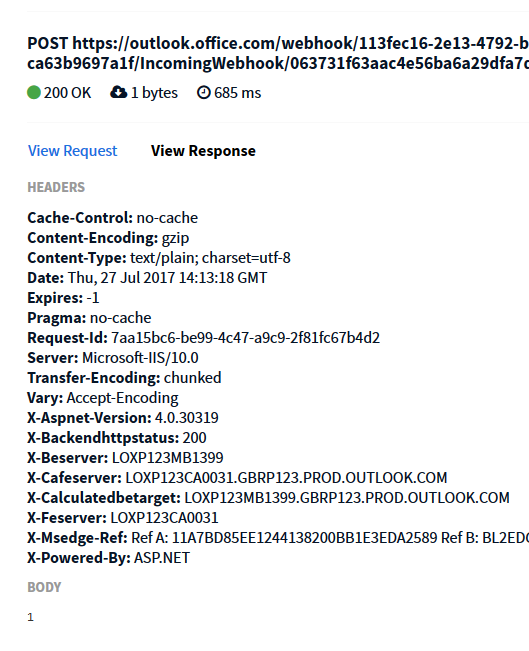 The big name in API testing is usually Postman. It used to be a Chrome extension and now it’s standalone, but as a Firefox user I never got into it. A few of my colleagues use it for ad-hoc testing of APIs. Today I came across a neat web app now operated by the Runscope guys called hurl.it, which is a good ad-hoc testing tool if you don’t want to download and install a whole thing.

I was just using some Microsoft Teams webhooks today and I wanted to send a test message to my connector as described in this post by Stefan Stranger.

And… actually I started writing this post weeks ago and now I’ve come back to it, I forgot what I was talking about. Basically hurl.it is neat because you can:

What more could you want?!